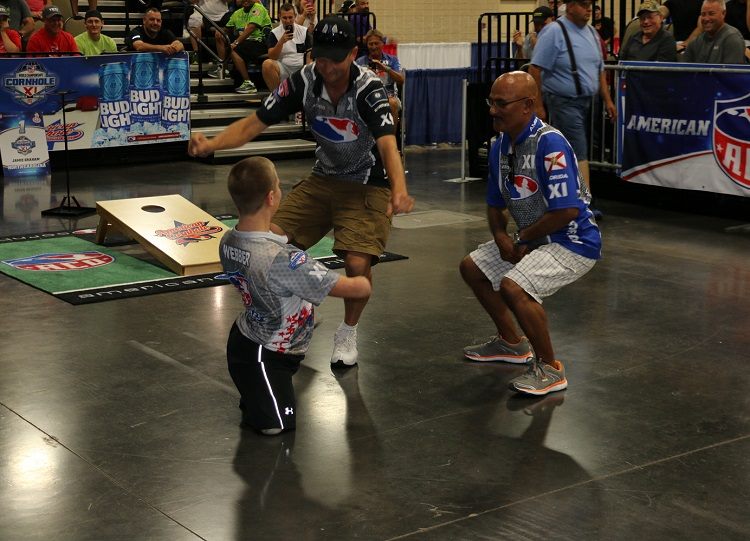 KNOXVILLE, Tenn. (WVLT) — The best players in the world go head to head in the World Championships for Cornhole in Knoxville. An unlikely contestant from Maryland gave everyone else a run for their money.

“I just throw my game, just like anybody else would,” said Dayton Webber, an 18-year-old young man competing in the Cornhole World Championships.

Webber walked through the doors and picked up a bean bag, proving one thing to the world.

Just ten months after birth, a rare bacterial disease changed Webber’s world. He had one choice — a traumatic surgery where they had to amputate part of his arms and both legs.

He didn’t let that stop him from growing up like everyone else.

“I write,” said Webber. “My teachers always told me I had the best handwriting in the class. I’m actually really good at writing.”

That also didn’t stop him from playing the sport he loved, cornhole.

“I let my bags do the talking,” said Webber.